(CNN) — The head of a survivors‘ group Saturday dismissed an apology issued five decades later by the German manufacturer of a drug that caused thousands of babies to be born with disabilities.

Pharmaceutical firm Gruenenthal apologized Friday for the first time over its drug, thalidomide, which caused babies to be born with shorter arms and legs after their mothers took it during pregnancy in the 1950s and 1960s.

It was sold to women to counter morning sickness, according to the Thalidomide Trust, a UK body set up in the 1970s to help those affected.

While some children whose mothers took the drug were born with one or more affected limbs, others suffered heart problems, damaged hearing or eyesight, and in some cases, brain damage. 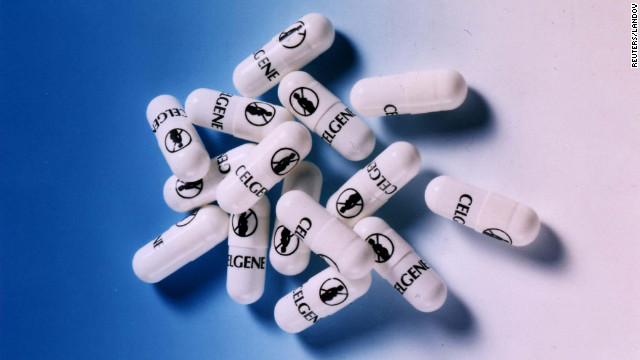 The drug was pulled from sale in late 1961 after doctors linked it to birth defects.

Freddie Astbury, the president of campaign group Thalidomide UK, who was born in 1959 without arms or legs, said it was too little, too late.

„It’s taken a long time for them to apologize. There are a lot of people damaged by thalidomide struggling with health problems in the UK and around the world,“ he said in a statement on the group’s website.

„So we welcome the apology, but how far do they want to go?

„It’s no good apologizing if they won’t open discussions on compensation. They’ve got to seriously consider financial compensation for these people.“

Gruenenthal’s chief executive, Harald Stock, made the apology Friday as he inaugurated a memorial to those affected in Stolberg, Germany, where the company is based.

He expressed the company’s „sincere regrets about the consequences of thalidomide and our deep sympathy for all those affected, their mothers and their families.“

Gruenenthal’s nearly 50-year delay in reaching out „person to person“ to those affected was a result of its „silent shock“ over their fate, he said.

„Instead, we have been silent and we are very sorry for that,“ Stock said in a translated copy of the speech on the company’s website.

Many people have only recently started to receive compensation for the drug’s effects.

More than 10,000 children worldwide are thought to have been affected by thalidomide. Between 5,000 and 6,000 sufferers are still alive, about 400 of them in Britain, according to Thalidomide UK. An additional 7,500 died in early childhood, it says.

Stock said the need for Gruenenthal to make a public apology had become apparent in recent talks with those affected, especially since 2007. The company also pledged 50 million euros in 2009 to help more of those people affected in Germany and elsewhere, he said.

„We see both the physical hardship and the emotional stress that the affected, their families and particularly their mothers, had to suffer because of thalidomide and still have to endure day by day,“ he said. „We wish that the thalidomide tragedy had never happened.“

But Stock also pointed to how regulatory and testing organizations had changed since the 1950s.

„The thalidomide tragedy took place 50 years ago in a world completely different from today,“ he said. „The international scientific community, the pharmaceutical industry and governments, legislators and administrations have had to learn a lot from it.“

Gruenenthal had „acted in accordance with the state of scientific knowledge and all industry standards for testing new drugs“ that were current in that period, he said, and regretted that the drug’s potential to cause fetal malformations had not been detected.

The drug was available over the counter in Germany from 1957, under the name Contergan, leading to more cases there than anywhere else, according to the Thalidomide Trust website. In Britain, where it was sold as Distaval, it was a prescription-only medication.

The drug was released only for clinical trials in the United States, the Trust says, because of concerns following reports of certain side effects from Europe.

Compounds that included thalidomide also appeared in a range of other medications, including some for asthma and migraine, the Trust says.

It is still used to treat a handful of conditions including leprosy and multiple myeloma, a cancer of the plasma cell. Thalidomide UK urges strict controls to avoid the drug impacting unborn children.

The UK government allocated funds in 2010 to help those affected by thalidomide.